Since year and a half I blogged about Make PO files ?? Localization in ASP.NET Core 1.0, which is my first attempt to make PO works with ASP.NET Core to become an alternative option with ResourceManager (resx).

After 6 months from writing my blog post Ryan Brandenburg who is the one of the ASP.NET Core team, started a design pull request for POStringLocalizer, which made me happy at that time, nothing but the PR is closed for unknown reason :(

Last week I saw a cool tweet from the great Sébastien Ros which he & one of the community folks added the support of PO files in OrchardCore. 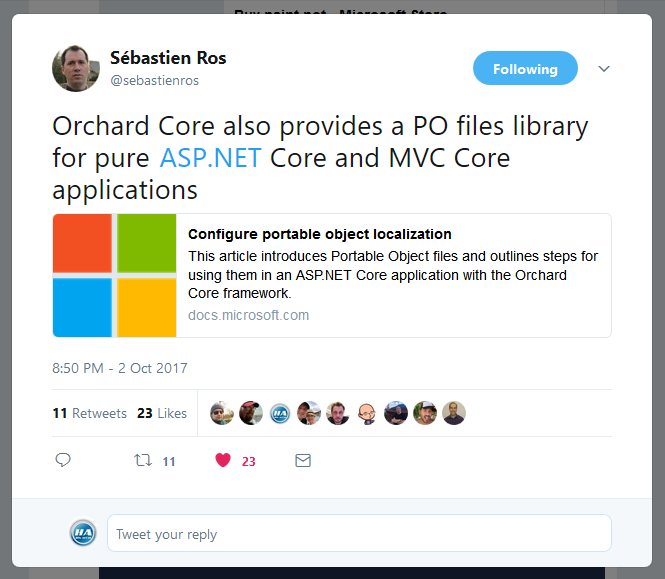 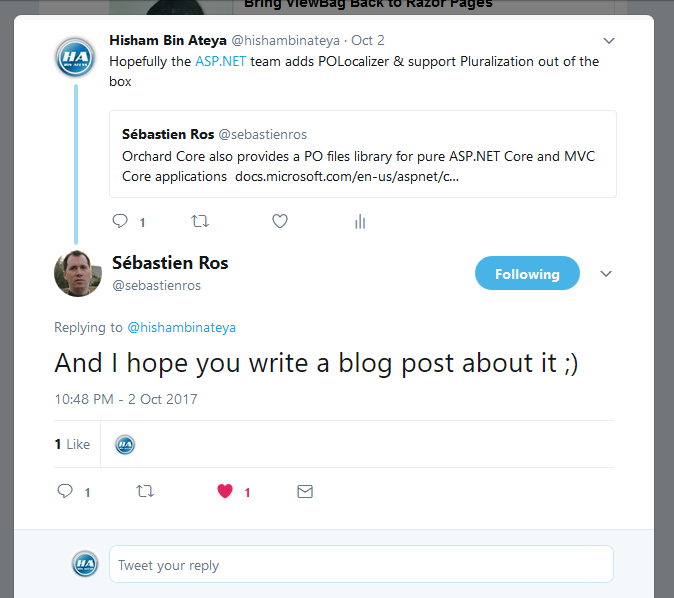 So in this blog post I will not talk about an introduction to PO files because I already did in the old post that I mentioned before, instead I will talk about configuring portable object localization in the ASP.NET Core applications.

First of all you need to add a reference to the OrchardCore.Localization.Core from the following package source https://www.myget.org/F/orchardcore-preview/api/v3/index.json.

Then you need to create your PO files that contains the translation, in this case I will create fr.po for French:

you can add other POs files if you need to support more than one culture, but for the sake of the demo I used one PO file,

Now it's the time to configuring the localization service, which is similar to what we are doing normally except adding AddPortableObjectLocalization() API.

FYI the above PO file added into the root of the application, but you are free to change the location of the PO files by using the interface ILocalizationFileLocationProvider, which has ContentRootPoFileLocationProvider as a default implementation.

Last but not least we knew the PO support pluralization, but I decide to write another blog post in upcoming few days to explain everything related.